(Cross-posted from my Tumblr)

Here are some pictures of one of the viburnums --- we have three, but I only took pictures of one. We planted them some years ago (Three? Four? Probably not five, but I can't rule that out either), and out of all our relatively new shrubs they are probably the ones that are flourishing the best in our yard, aside from the Roses of Sharon and maybe the butterfly bushes.

It's a tough environment for plants, with its combination of heavy clay soil and extreme heat and dryness. 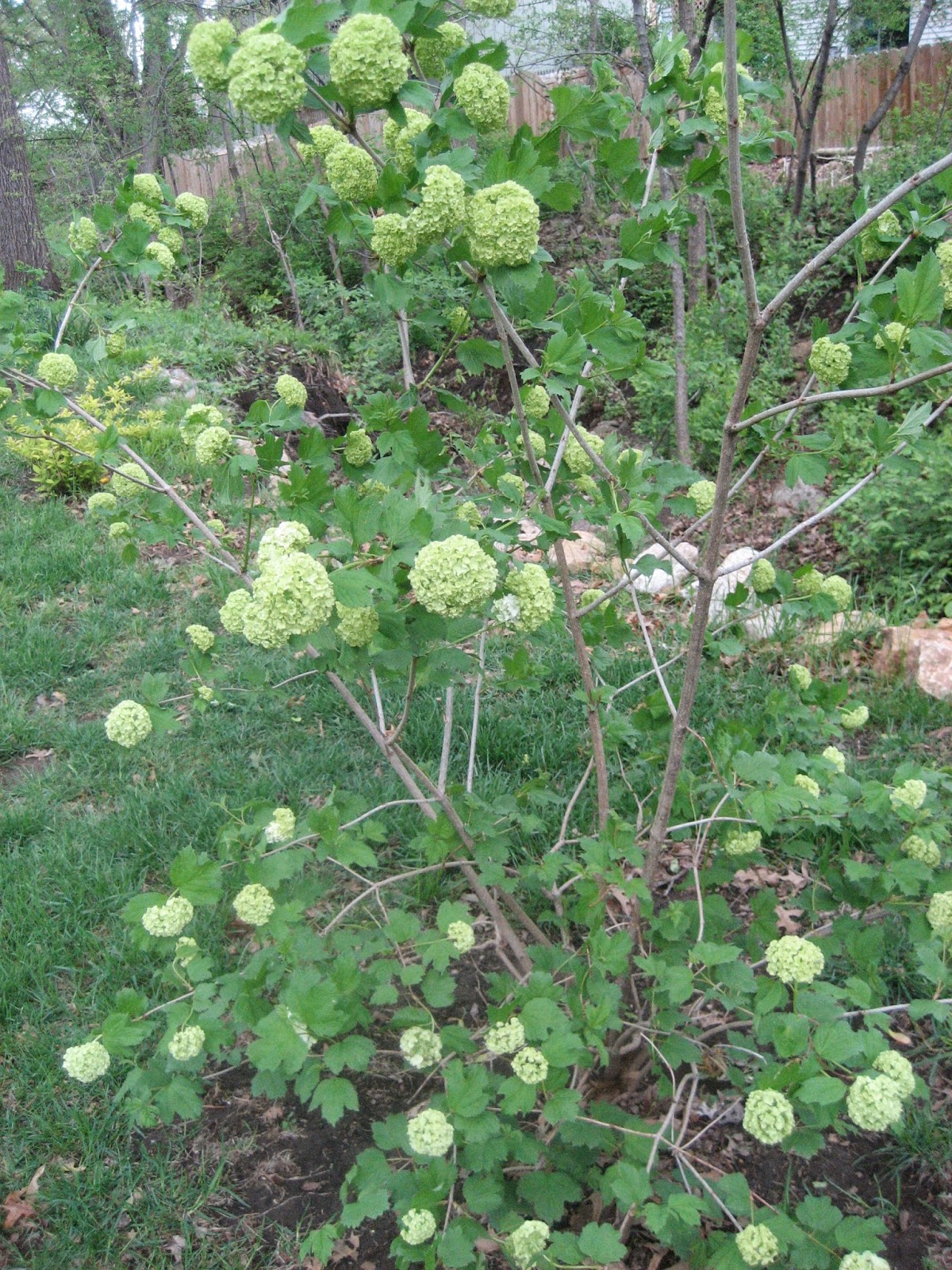 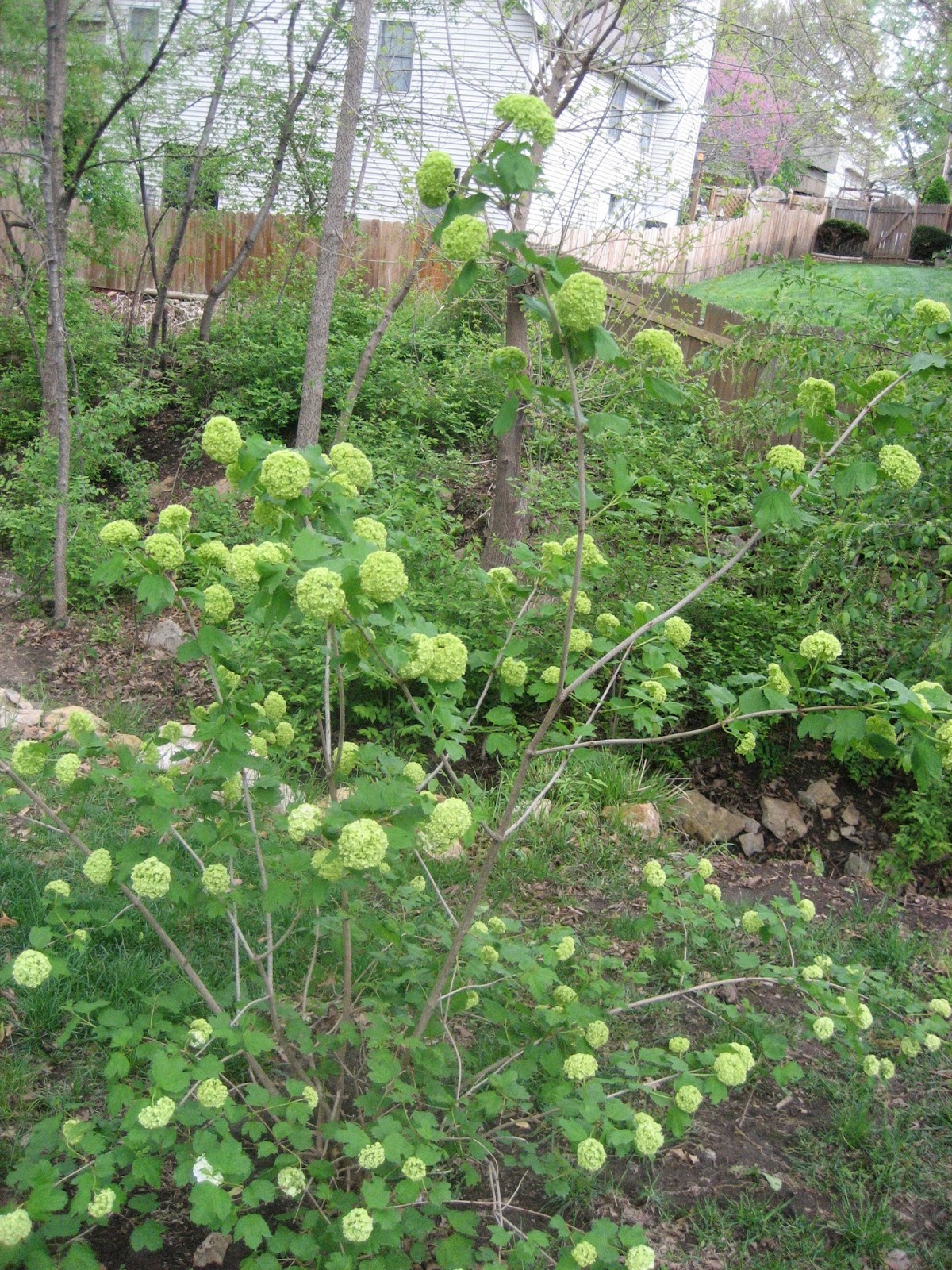 The informational materials that came with the little saplings that we bought said that this type of viburnum grows into sort of a roundish bush with a diameter of six to twelve feet, and to a height of something like five to eight feet or six to ten feet. (I don't remember which of those it was.)

So they're smaller than they would be under ideal growing conditions.

Here's me standing next to one, so that you can see how tall it is: 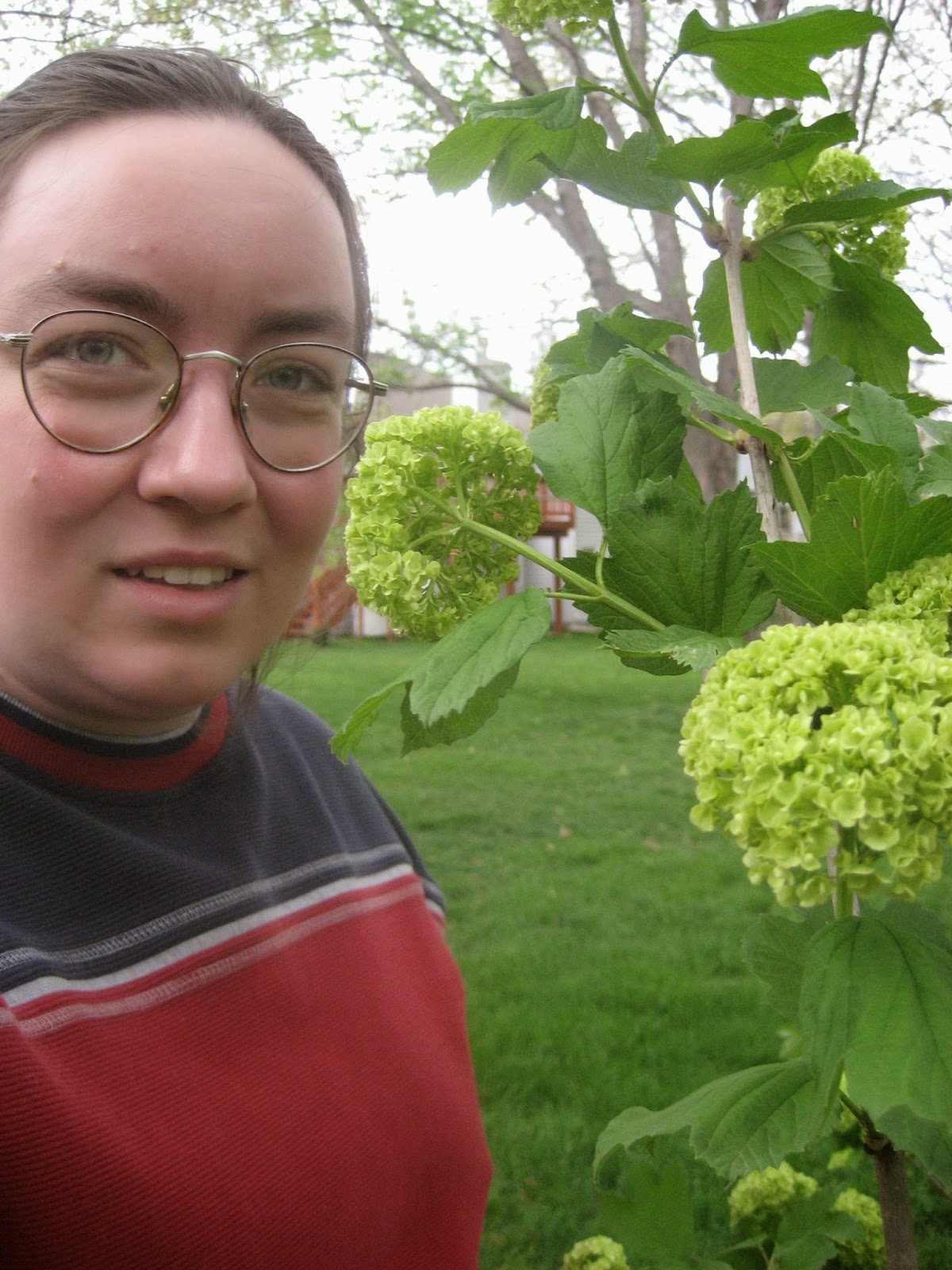 I'm 5'8", and you can see that the tallest branch on the bush extends a little bit above my head, maybe enough to make it past the six-foot mark.

Look at how big those flowers are!

(Here are some more pictures of them) 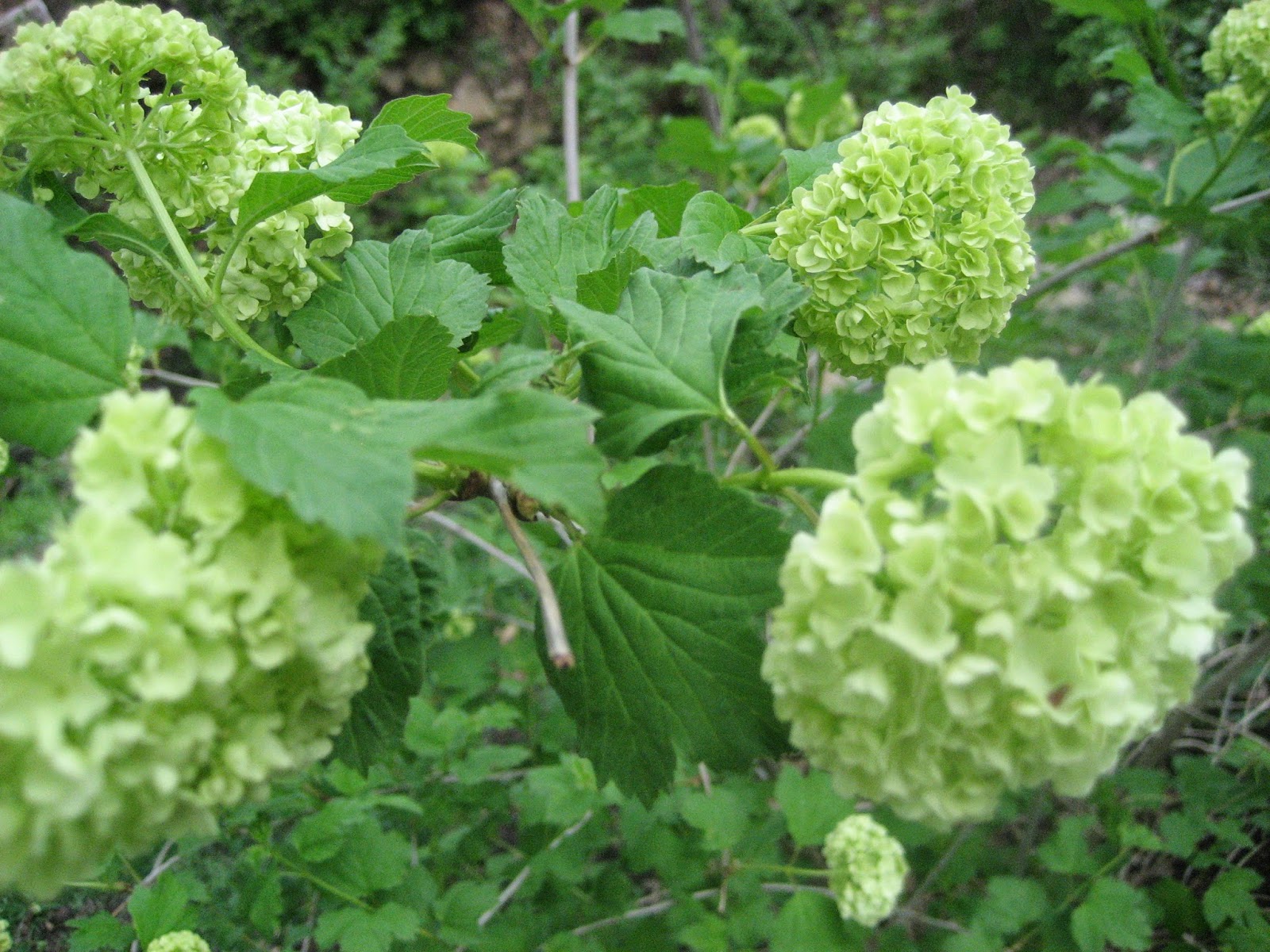 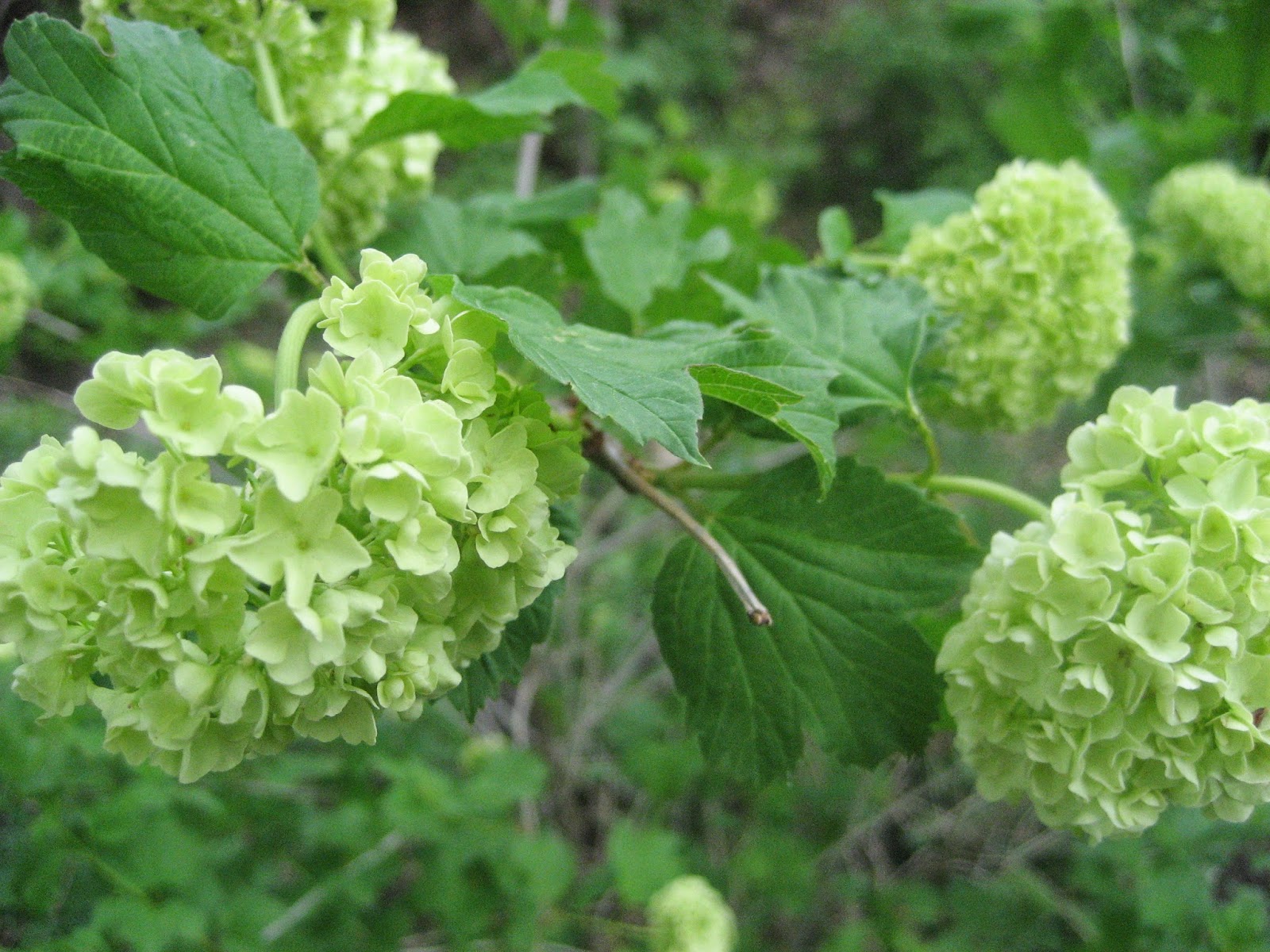 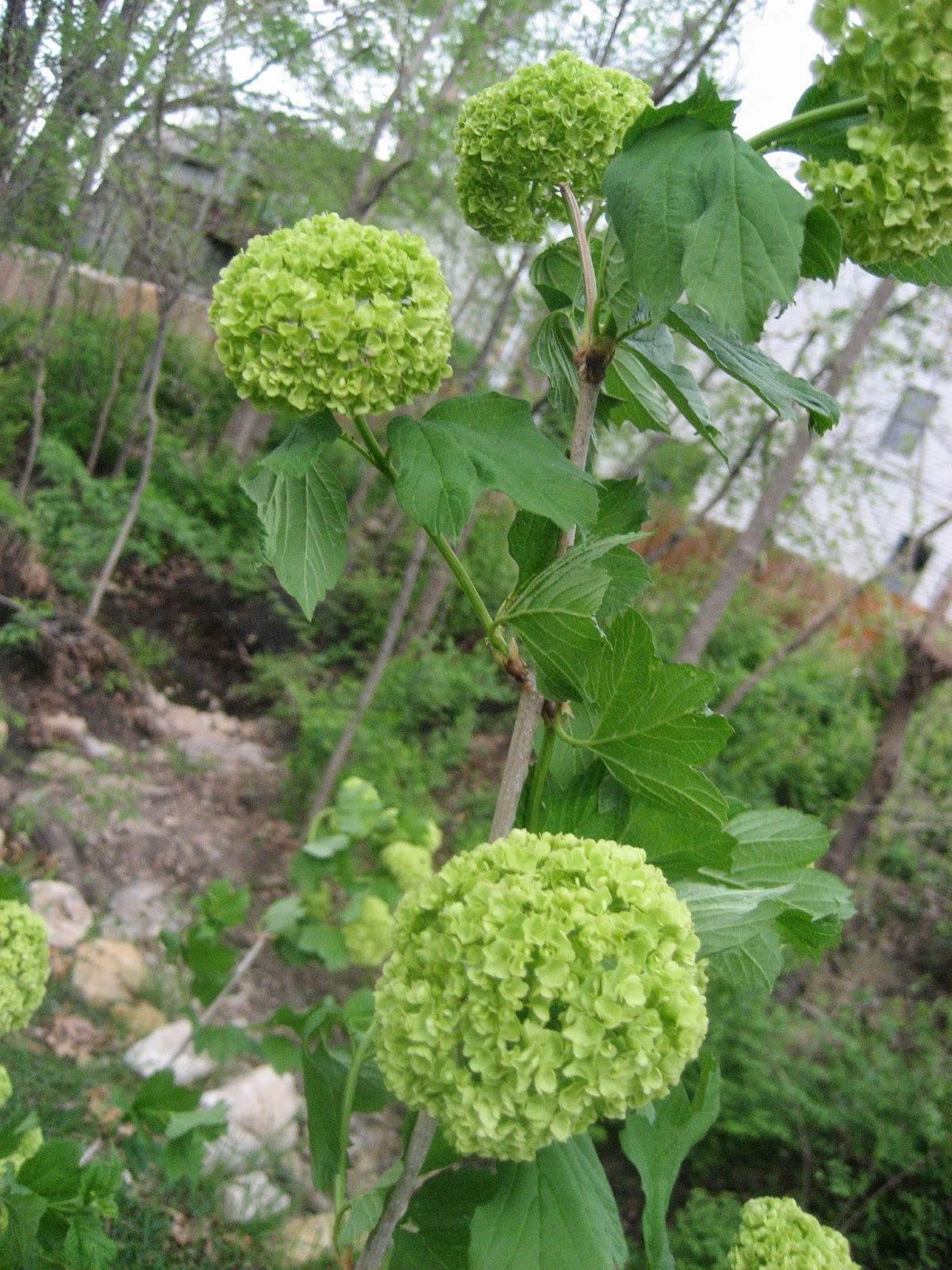 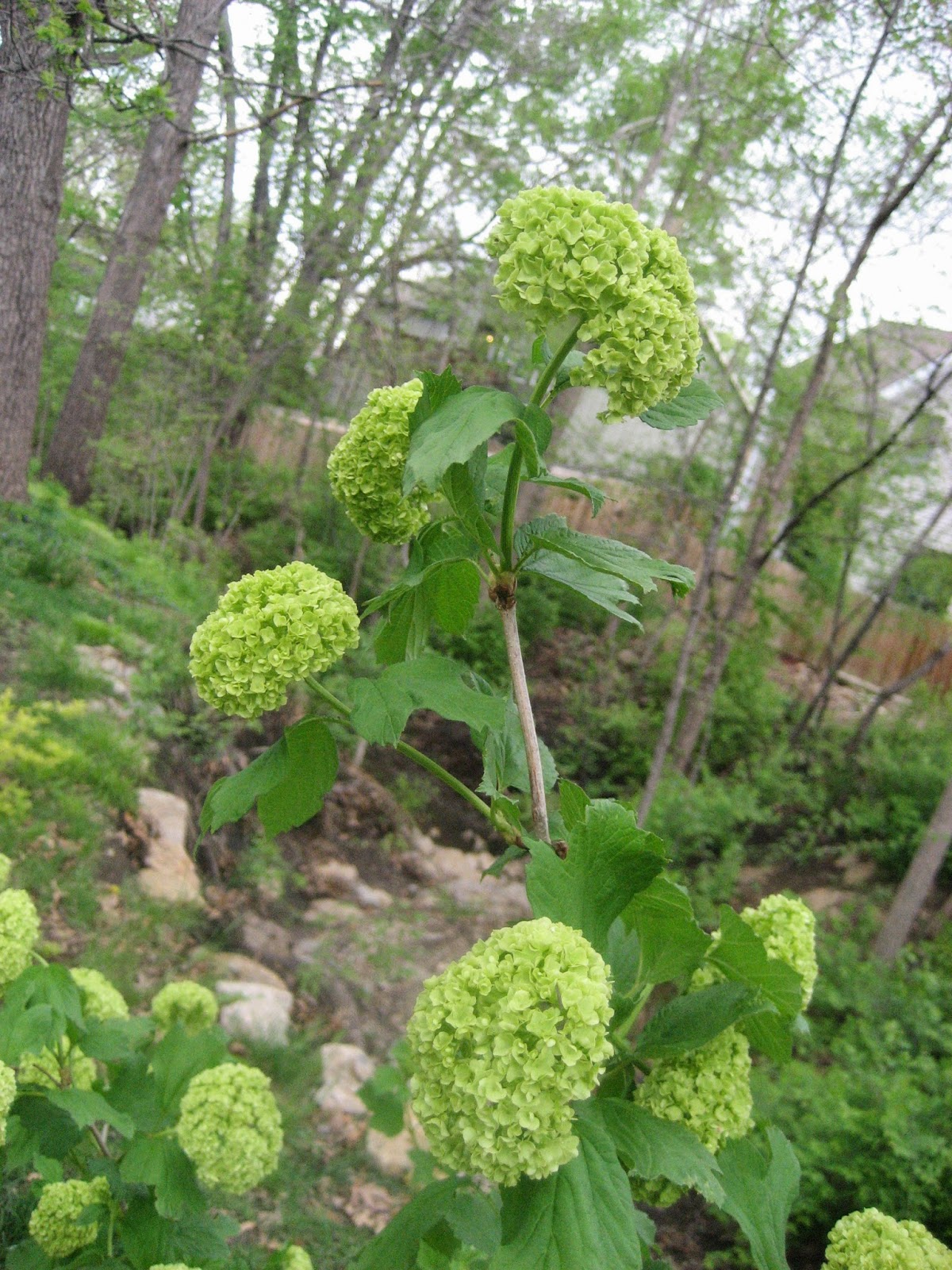