I've been posting a bunch of pictures of flowers from my garden --- lilacs, viburnums, bleeding hearts, vincas, and whatever this red thing is --- so now I want to change it up by posting pictures of a flower my mom and I did not plant.

We get a lot of violets growing in the shady parts of the yard --- under the deck, in the grassy zone adjoining the flowerbed, and under the maple tree with the red flowering bush next to it --- and I'm always very happy to see them, so this year I thought I'd take some pictures.

This is also the first time I've noticed that they are in fact blue, not purple!

(So the old verse is true, it's not just that nothing rhymes with purple ...) 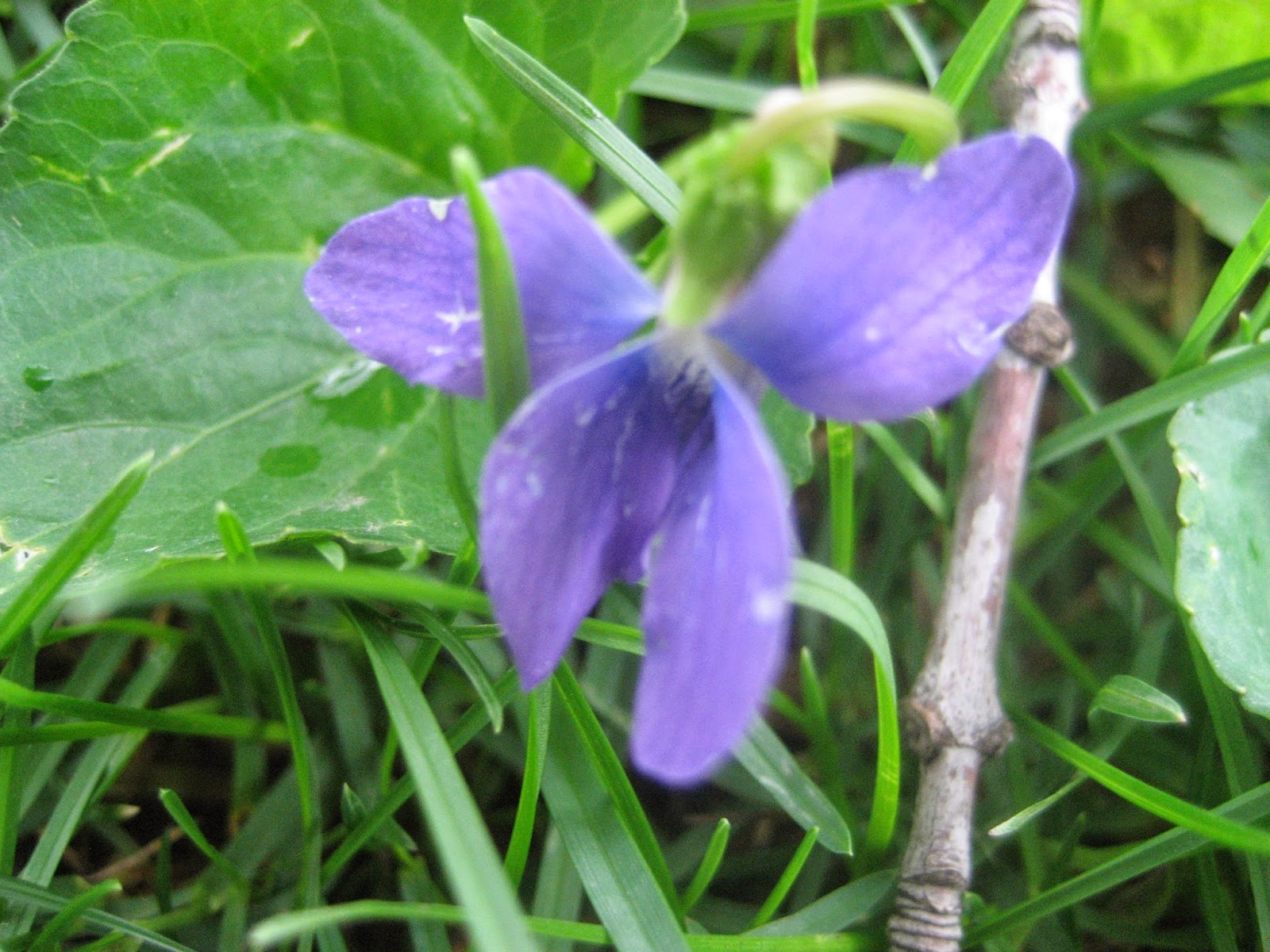 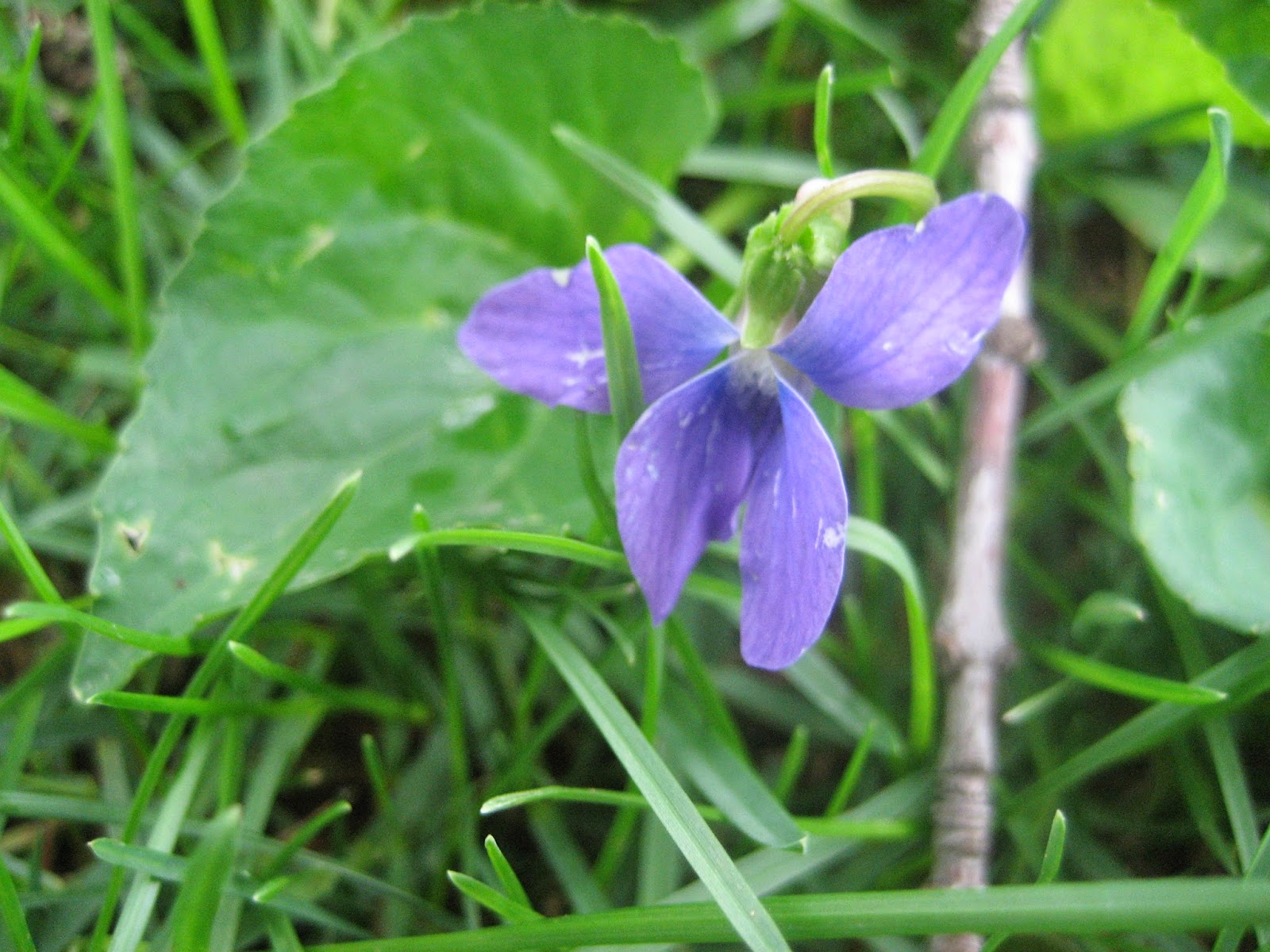 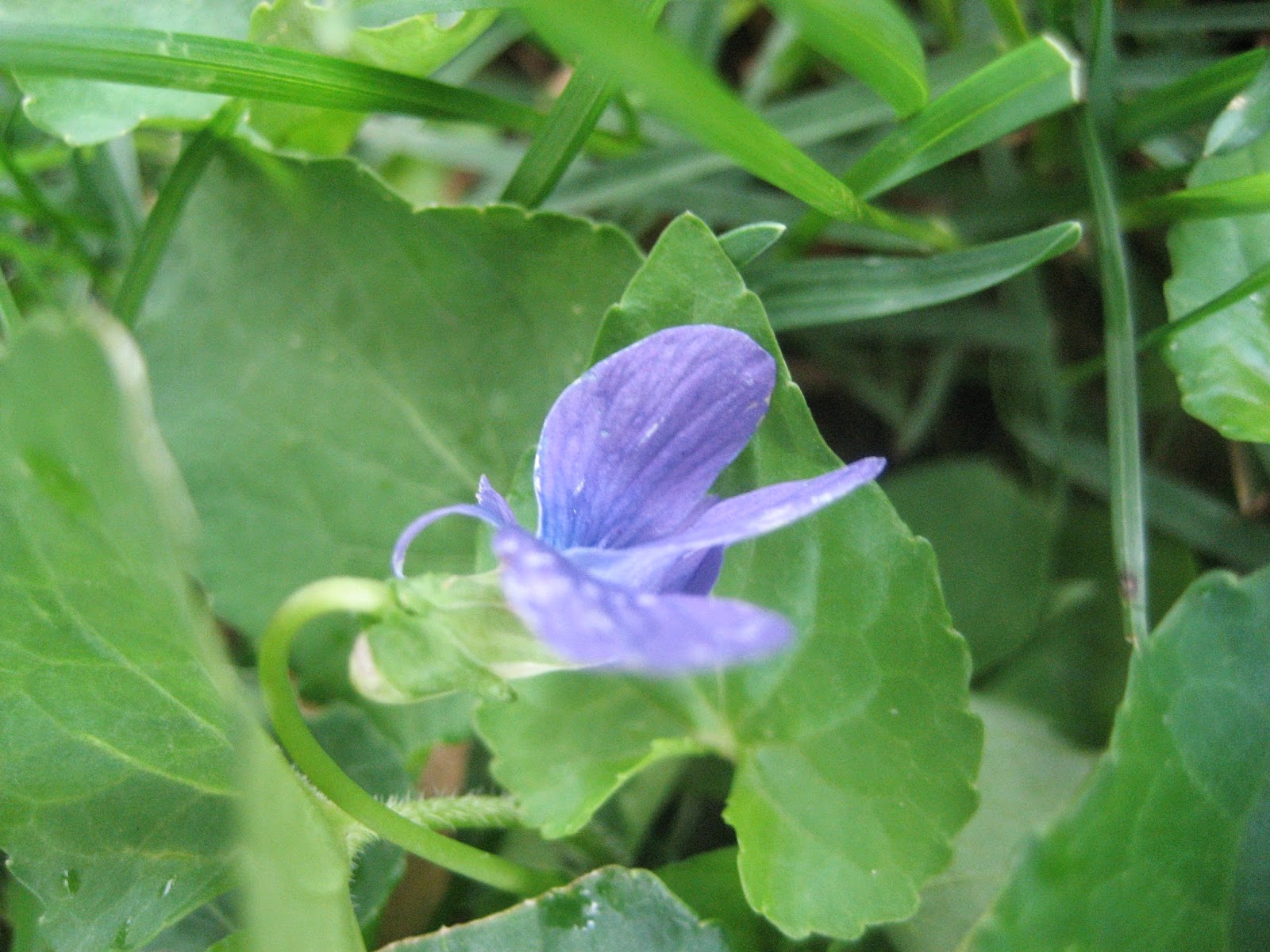 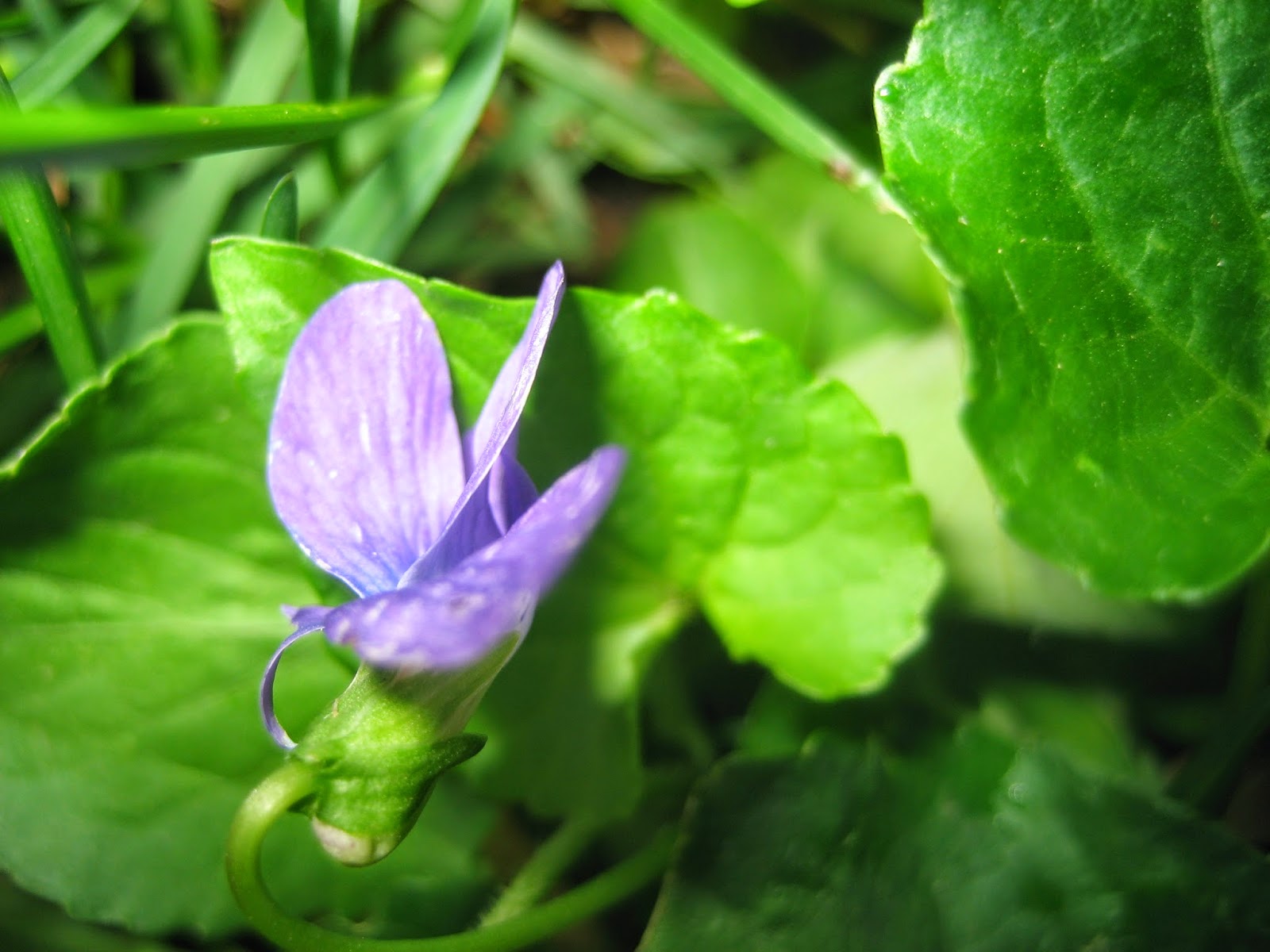 Look at the way the color seems to be coming from veins in the petals. (Also, the flower is a little battered --- I probably should've taken its picture when I first noticed it, instead of waiting until later).

Finally, since I mentioned verse, I want to quote a poem I like that mentions violets.

It's from Wordsworth, "She Dwelt Among the Untrodden Ways"

She dwelt among the untrodden ways
Beside the springs of Dove,
A Maid whom there were none to praise
And very few to love:

A violet by a mossy stone
Half hidden from the eye!
Fair as a star, when only one
Is shining in the sky.

She lived unknown, and few could know
When Lucy ceased to be;
But she is in her grave, and, oh,
The difference to me!
Posted by Lindsay at 7:39 PM